How Much Does Lance Stewart Make?

Lance Stewart has become extremely famous for his vlogs, and for the widespread media attention he received after accidentally cutting his fingers during a real life attempt at playing Fruit Ninja. Although he required surgery on his fingers, that video nonetheless garnered over 11,000,000 views! This just adds to his now total view count of over 356 million views! He has also an outstanding 2+ million subscribers. With such a huge following and view count, the total amount of money he could have earned from YouTube alone is between $500,000 to $1.2 million USD! With this kind of money, it might make the pain of cutting your fingers just slightly more tolerable. No pain no gain I guess ;) 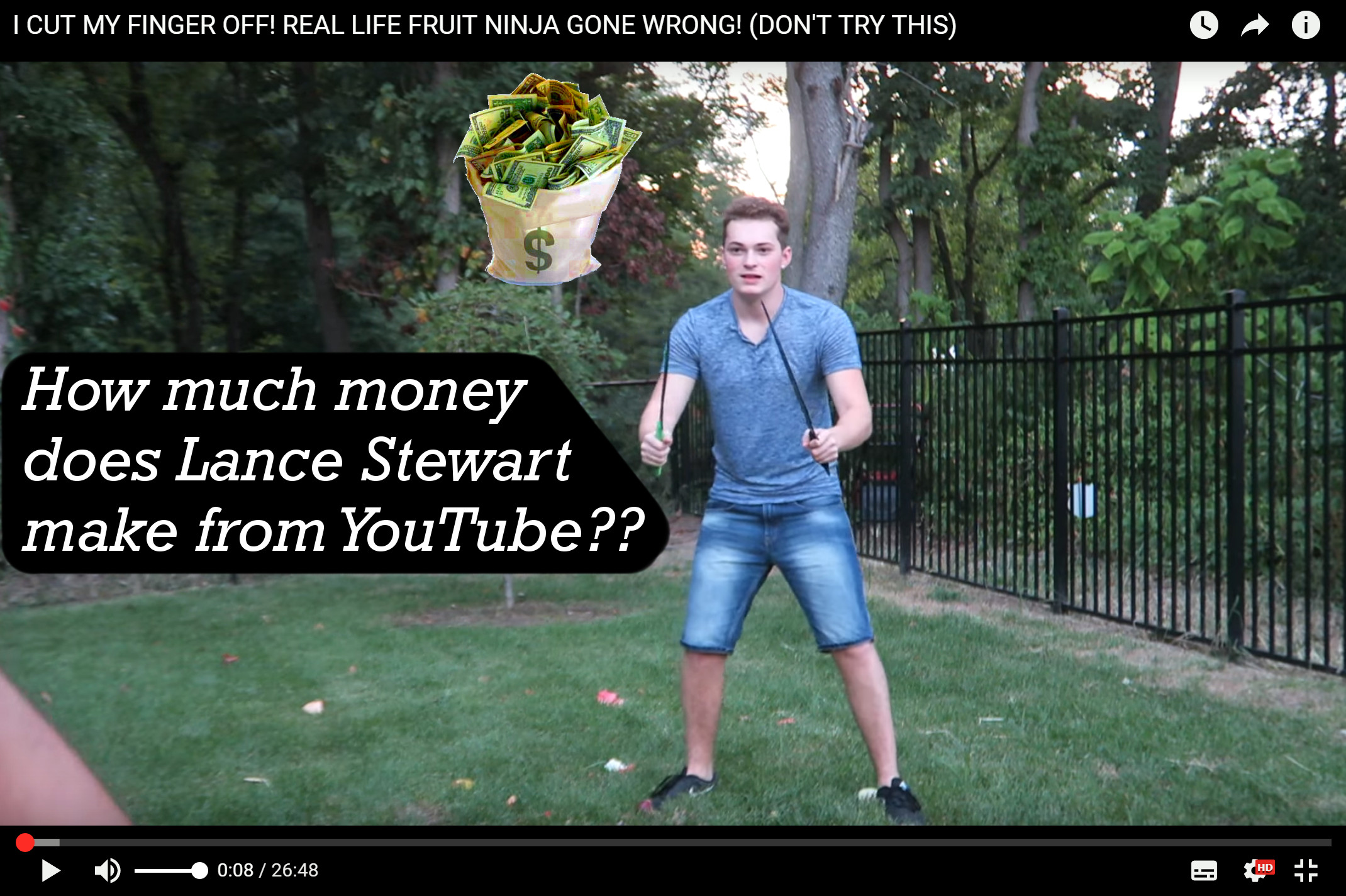